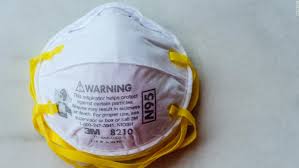 London: The British government says it won’t be using 50 million face masks it bought during a scramble to secure protective equipment for medics during the coronavirus outbreak because of concerns they might not be safe. The masks were part of a 252 million pound contract the government signed with investment firm Ayanda Capital in April. Papers filed in a court case reveal that the masks won’t be distributed because they have ear loops rather than head loops and may not fit tightly enough.

The government said in its response to the lawsuit that the offer to supply the 50 million masks came from Andrew Mills, a businessman who is both an adviser to the government’s Board of Trade and to Ayanda Capital. Mills has denied there was any conflict of interest. (AP)

Biden would push for less US reliance on nukes for defence

By Our Reporter Sep 20, 2020
SHILLONG: Amid the rising cases of COVID-19 in the district, new areas have been ordered to be declared as…

Do you think the govt should hold elections to the GHADC instead of extending the tenure by six months?