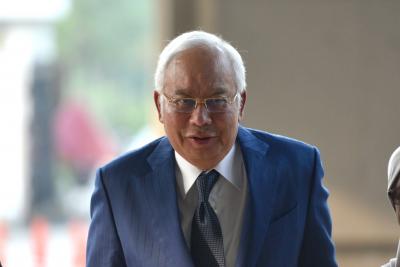 Kuala Lumpur, May 3 : Court hearings related to the multi-billion dollar corruption allegations involving former Malaysian Prime Minister Najib Razak have been postponed again due to coronavirus concerns.
Najib, who was due in court on Monday for one of several trials related to his 2009-18 tenure as Prime Minister, is accused of stealing around $700 million from 1MDB, a state fund he helped establish, reports dpa news agency.
He has maintained his innocence, saying the money was a donation he largely repaid.
This week’s hearings were to be the next set in a trial that started in 2019 but had already been cut short after Najib’s appeal against a separate but related conviction ran beyond the scheduled April 22 deadline.
The Court of Appeal last week reprimanded Najib’s defence for dragging out proceedings, but gave them one more day, scheduled to be Wednesday, to wrap up submissions.
However that appeal hearing was also shelved on Monday.
The defence team told reporters that one of their lawyers was in coronavirus quarantine.
Court dates in Najib’s trials have had to be rescheduled several times over the past year due to the pandemic and related restrictions.
Najib was sentenced to 12 years in jail last year after being found guilty of misappropriating 42 million ringgit ($9.6 million dollars) from SRC International, a subsidiary of 1MDB.
He is free on bail and remains an MP, pending appeals.
Najib lost power in 2018 elections fought in part over the allegations and was arrested after trying to flee the country.(IANS)