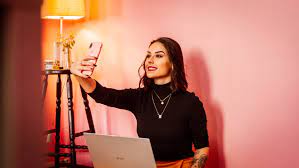 We are facing the current challenge and we are mostly staying at home. No schools, no colleges and no offline classes mean we are either attending online classes or doing activities at home. Many recent graduates are confused about their future profession and jobs. We are using the internet more than ever as most of us have smartphones with us Can something be done digitally to earn money or to get engaged? This is a common question asked to me by young people these days. Well, many things can be done digitally but we must be aware of it.
We have written about digital marketing in the past and its scope. One of the areas which I would like to focus today is influencers. Influencer marketing has become new worldwide.
Modern customers are less believing in brand ads, influencer marketing is boosting the brand-customer relationship. In the present scenario, there are different types of marketing influencers. You will find nano-influencers that have 1000-5000 followers and micro-influencers with 2000 to 100,000 followers on various social media or digital platforms. However, do you know that these influencers are becoming the number of choices of big brands? This is because of the organic followers with nano or micro influencers. Apart from nano influencers and micro influencers there are influencers like mega and macro influencers. Brands love social media influencers because they can create trends and encourage their followers to buy products they promote.Aspirational influencers are people that many social media users look up to. They want to be like these personalities and will mimic their behavior in hopes of getting the same results. They tend to be most effective with younger audiences. Authoritative Influencers are topic experts in their field. Peer influencers are also referred to as micro-influencers and tend to make up the majority of digital influencers online. As it takes time to become aspirational or authoritative influencers, the best part is that we can be peer influencers.
The bulk of influencer marketing today occurs in social media, predominantly with micro and nano influencers and also blogging.
With an increased interest in video, YouTubers are rapidly becoming more important too. Bloggers and influencers in social media (predominantly micro-bloggers) have the most authentic and active relationships with their fans.
Brands are now recognizing and encouraging this. Brands are also aligned with leading and popular YouTubers. Podcasting is a relatively recent form of online content that is growing in popularity. Social posts are crucial as social posts promote bloggers, YouTubers, etc . Many influencers now make their name on social media as it easily promotes their digital activities.It seems that the growth of marketing influencers will boom in the market.
Nano and micro-influencers will build stronger relationships with their audience. Nano and micro-influencers can be a better choice to drive business growth and young people who are accessed with technology may opt for it.
Most of the young people or recent graduates or even current students are like nano-influencers but they can do wonders as they have fewer followers and are still making their way to market because they have high engagement with their followers. On the other hand, micro-influencers have higher followers as compared to Nano-influencers. Even micro-influencers are recognized for providing higher-customer engagement rates. But as mentioned before nano-influencers or peer influencers can make a lot of differences. Brands may choose macro-influencers as well if they want to enhance their visibility but comparatively, it may lead to more financial expenses.
We have learned that influencers in social media are people who have built a reputation for their knowledge and expertise on a specific topic. Our youths can also choose to become influencers and also make money. The best part is this profession does not need high academic qualifications. One must have patience to be in this field apart from being a tech savvy person.
(Ranjan K Baruah is a career mentor and skill trainer and can be reached at 8473943734 or [email protected])

Naaz Joshi on raising Awareness on Trans-discrimination on Pride Month