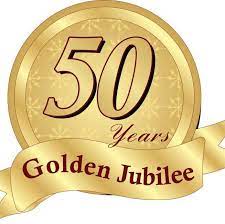 SHILLONG, Jan 20: Meghalaya has achieved a milestone of sorts by turning 50 years.
Carved out of Assam on January 21, 1972, it has had many ups and downs in the years gone by. It lacks some basic important projects which many other states already have. Then, there are several pending issues.
The implementation of Inner Line Permit or ILP is a protracted demand. Despite a series of agitations and protests by the pressure groups, ILP could not be implemented in the state till date.
The state Assembly had in 2019 unanimously passed a resolution urging the Centre to implement ILP. The Centre is yet to make its stand clear.
Then, the demand for the inclusion of Khasi and Garo languages in the Eighth Schedule of the Constitution has remained unfulfilled although these two are the state’s major languages.
Even in this case, the Assembly had passed a resolution but the Centre is maintaining a stony silence.
As regards the boundary dispute, Assam and Meghalaya are inching closer to achieving some success on six of the 12 disputed areas. However, solving the problem in the remaining six areas, including Langpih, will be a major challenge for both governments.
On the law and order front, the peace talks between the state government and the banned HNLC are yet to start despite several offers from both sides.
On the development front, some important national highways have been upgraded in the state and the government sought to take credit for performing exceedingly well in PMSGY but the fact remains that many remote villages are waiting for proper road connectivity.
Even after 50 years of statehood,  Meghalaya still has some issues in the health sector. Neighbouring Assam has several medical colleges and hospitals but Meghalaya has none. The work for Tura Medical College is ongoing but the same for Shillong Medical College has been delayed for years.
Traffic congestion is a serious issue in Shillong but the government seems to have no blueprint to address the problem. Recently, it started developing the New Shillong Township to ease congestion.
The Shillong airport at Umroi got many flights over the last few years but it is yet to be connected to major cities, barring Kolkata. In contrast, Assam, Tripura and Manipur have an international airport each. The Baljek airport at Tura has remained non-functional.
On the education front, Meghalaya does not have a university of its own. The state’s first engineering college is expected to be made functional within a couple of months. The construction of the permanent campus of National Institute of Technology at Sohra is yet to be completed and the institute is functioning from a temporary location in Shillong.
As far as railway connectivity is concerned, a project in the state has remained stalled for the past few years as the pressure groups are opposed to it fearing the influx of illegal immigrants. As of now, the railway line in Meghalaya exists only till Mendipathar from Dudhnoi in Assam.