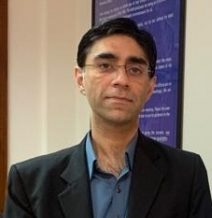 The NSA said the banned Tehreek-e-Taliban Pakistan (TTP) had unilaterally terminated the ceasefire agreement, adding that whoever imposes war on the country will be dealt with strongly.

In a briefing to the National Assembly Standing Committee for Foreign Affairs, Yusuf said that a complete solution to all problems should not be expected with the Taliban coming into power.

“Organised terrorist networks are still operating in Afghanistan and the Afghan soil is still being used against Pakistan,” he added, the report said.

The NSA highlighted that former Foreign Affairs Minister, Sartaj Aziz, had started working on forming the National Security Policy in 2014, and that seven years later the policy was ready and tabled before the Joint Parliamentary National Security Committee.

Earlier this month, a senior official said that Pakistan believed the banned TTP is a “test case” for the Afghan Taliban, as tackling the group would help the interim government establish its credentials in the eyes of the world with regard to dealing with other terrorist outfits.

“We are telling the Taliban leadership to consider the TTP as a test case,” the official familiar with the development told Express Tribune requesting anonymity.

“If the Taliban can’t address the concerns of Pakistan, who would trust them and their promise of cutting ties with al Qaeda and other such groups,” the official asked.(IANS)

China’s gradual exodus from Africa after depleting its resources

Protests break out in Nepal against China’s interference