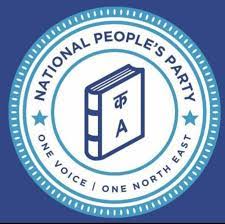 SHILLONG, Jan 24: The TMC on Tuesday slammed the NPP for trying to capitalise on the legacy of the late PA Sangma for a poll victory despite betraying him during the five years it helmed the MDA Government.
“The NPP leaders seeking votes in the name of PA Sangma is an indication that they are falling back on him as they have nothing to show to the people of Garo Hills and the rest of the state,” TMC vice-president George B Lyngdoh said on the NPP election campaign.
“They have, in fact, betrayed the legacy of PA Sangma during the five years of the MDA Government. All that he stood for has been erased,” he added.
Reminding that PA Sangma led from the front, stood for the people of the state, did not betray the border villagers and did not have a single scam during his tenure, Lyngdoh said: “PA Sangma always listened to the voices of the people. He was a leader we are all proud of and he was the one who brought TMC to the state.”
“Having seen his contribution to the state, we feel sorry for the people of Garo Hills if they want to vote for a party that has betrayed the legacy of PA Sangma,” he added.
Pointing out that the stadium built in PA Sangma’s name has many flaws, Lyngdoh said: “The construction has been that it desecrates the name of the tall leader.”
During the launch of the NPP’s electoral campaign at Adokgre on Monday, Tura MP Agatha Sangma reminded the crowd of the love her father, PA Sangma had for the local people and said he would have been proud of the newly-constructed Chenanggre Stadium there.
Adokgre had a special place in the heart of PA Sangma who named the place Chenanggre, meaning ‘land of victory’.
Deputy Chief Minister Prestone Tynsong also paid a glowing tribute to him and urged the voters in Garo Hills to remember the “late leader who made the world take note of Meghalaya” and vote for the NPP.