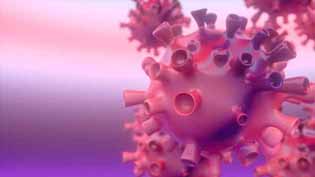 NEW YORK:Researchers have revealed that coronaviruses are adept at imitating human immune proteins that have been implicated in severe Covid-19 disease.

According to the study, published in the journal Cell Systems, many plants and animals use the art of mimicry to trick their prey or predators.

Viruses employ a similar strategy: Viral proteins can mimic the three-dimensional shapes of their host’s proteins to trick the host into helping the virus complete its life cycle.

“Viruses use mimicry for the same reason as plants and animals — deception,” said study author Sagi Shapira from Columbia University Vagelos College of Physicians and Surgeons in the US.

“We hypothesized that identifying viral-protein lookalikes would give us clues to the way viruses, including SARS-CoV-2, cause disease,” Shapira added.

In the study, the research team used supercomputers to search for viral mimics with a programme similar to 3D facial recognition software.

They scanned more than 7,000 viruses and over 4,000 hosts across the Earth’s ecosystems and uncovered six million instances of viral mimicry.

“Mimicry is a more pervasive strategy among viruses than we ever imagined,” Shapira said.

It’s used by all kinds of viruses, regardless of the size of the viral genome, how the virus replicates, or whether the virus infects bacteria, plants, insects or people.

But some types of viruses used mimicry more than others. Papilloma and retroviruses, not so much.

Coronaviruses, on the other hand, are particularly good at it and were found to mimic over 150 proteins, including many that control blood coagulation or activate complement — a set of immune proteins that help target pathogens for destruction and increase inflammation in the body.

“We thought that by mimicking the body’s immune complement and coagulation proteins, coronaviruses may drive these systems into a hyperactive state and cause the pathology we see in infected patients,” Shapira said.

Over the course of the pandemic, it has become clear that many Covid-19 patients have coagulation problems and some are now treated with anti-coagulants and drugs that limit complement activation.

In a separate paper published in the journal Nature Medicine, the Columbia researchers found evidence that functional and genetic dysregulation in immune complement and coagulation proteins are associated with severe Covid-19 disease.