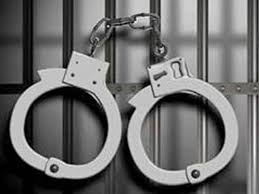 GUWAHATI: Acting on a tip-off about a shelter of  Rohingya nationals from Myanmar, Hailakandi district police raided a house and arrested eight Rohingyas here.

Harbourer Yusuf Ali Mazumdar is absconding but his brother Islamuddin Mazumdar has been apprehended.

The boy has become a man on this tour: Sehwag on Siraj