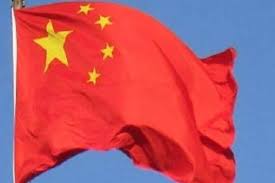 Beijing, Dec 2: China on Wednesday said that its close ties with Nepal, reinforced during the recent visit of its Defence Minister to the Himalayan nation, will not affect “any third party”. Defence Minister Gen Wei Fenghe met Nepal Prime Minister K P Sharma Oli and exchanged views on matters of mutual interest and held talks with Army Chief Gen. Purna Chandra Thapa on ways to resume military cooperation and training impacted by the COVID-19 pandemic during his visit on Sunday.
“We believe that our cooperation is in the benefit of both peoples and conducive to the socio-economic development in Nepal. This relationship will not affect any third party,” Chinese Foreign Ministry spokesperson Hua Chunying told a media briefing here on a question on Gen. Wei’s visit.
During his visit, Gen Wei, also a State Councillor, lauded Nepal’s leadership for resolutely pursuing the “one-China” policy and offered firm support to the Himalayan country in safeguarding its sovereignty, independence and territorial integrity, the defence ministry said here on Monday. Under the “one-China” policy, Beijing emphasises other countries to recognise Taiwan and Tibet as part of China, it said.
As China firmed up its ties with Nepal, which shares borders with Tibet, with heavy investments besides loans and financial assistance, Beijing wants Kathmandu to stop the free-flow of Tibetans to travel to Dharamshala in India to meet Tibet’s highest spiritual leader the Dalai Lama, the statement said.
Nepal also has a large chunk of Tibetan population. The 85-year-old Dalai Lama fled to India in 1959 following a crackdown on an uprising by the local population in Tibet. India granted him political asylum and the Tibetan government-in-exile is based on Dharamsala in Himachal Pradesh since then.
Asked about Nepal’s assurance to China that Nepalese soil would not be used for any anti-China activities and whether Beijing perceives any threats emanating from Nepal, Hua skirted a direct response. “China and Nepal are friendly neighbours linked by mountains and rivers. This year marks the 65th anniversary of our relations. We have been standing together in COVID-19 and we have been elevating our mutual trust and friendship. We will continue to enhance our cooperation and build BRI (Belt and Road Initiative) together and elevate relations,” she said.
China’s political profile in Nepal has been on the rise in the recent years with billions of dollars of investments under Beijing’s multi-billion-dollar Belt and Road Initiative (BRI), including the building of the Trans-Himalayan Multi-Dimensional Connectivity Network. Besides the investments, China’s ambassador to Nepal Hou Yanqi has been making efforts to garner support for Prime Minister Oli, who is facing a rebellion from the faction led by ‘Prachanda’, also a former prime minister. (PTI)