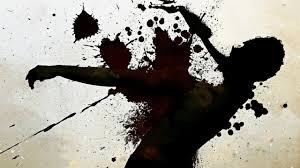 Bhopal, Sep 14: A 30-year-old man allegedly cut off his wife’s nose following a fight over his drinking and unemployment in Madhya Pradesh’s Bhopal district on Tuesday, police said.
The incident occurred in Barkheda Bondar village under Khajuri Sadak police station in the afternoon, an official said.
Pritam Chaure, a labourer, was angered by his wife’s repeated nagging about finding work and stopping him from drinking liquor, Khajuri Sadak police station in-charge Sandhya Mishra said.
Following an argument, Chaure allegedly chopped off his wife’s nose with a knife and fled the spot, the official said, adding that the injured woman’s sister later took her to a hospital.
A case was registered under relevant sections of the Indian Penal Code (IPC) and search for the accused is underway, Mishra said. (PTI)