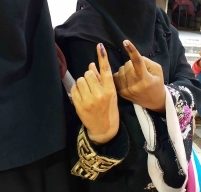 NONGSTOIN , Sep 14: A meeting-cum-Systematic Voters’ Education and Electoral Participation (SVEEP), as part of the activities in connection with the Special Summary Revision of Photo Electoral Roll, was held on Tuesday.
According to a statement, the programme was organised by the Office of the Deputy Commissioner (Election), West Khasi Hills District, and was attended by AEROs, BLO supervisors, SVEEP Core Committee Members of Nongstoin, Rambrai Jyrngam and Mawshynrut assembly constituencies, principals of colleges within Nongstoin and Mawshynrut Block, line departments and election branch.
During the programme, West Khasi Hills Deputy Commissioner T Lyngwa informed that the purpose of the Summary is to ensure that no voter is left out from exercising his/her franchise.
He also stressed on the need to hold awareness programmes in this regard.
The DC also urged the Education department to collect and provide the names of students for the inclusion of their names in the voters’ list.
He argued that this will expedite the process.
Others who spoke during the programme include Additional Deputy Commissioner (Election) HK Thabah, Assistant System Engineer (Election) R Kharmujai, among others.