I knew I was destined for music, says Kailash Kher on ‘Unacademy Unwind’ 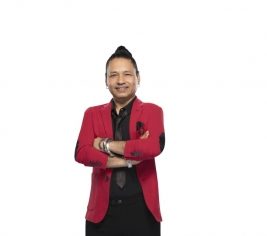 Kailash Kher will begin by singing ‘Teri Deewani’ and his first hit song, ‘Allah Ke Bande’, with the music composer duo Vishal-Shekhar. On the show, the maestro will present a revamped version with the addition of beats and modern tracks.

Speaking about his performance on ‘Unacademy Unwind’, Kailash Kher said: “From my childhood, I knew I was destined for music. I have had an unquenchable thirst to transform my rich imagination into reality, taking inspiration from my father, who always ventured down an uncharted path.”

He added that ‘Unacademy Unwind’ is very different. “After a decade of Kailasa’s music becoming a genre in itself, we were very excited to take up a challenge and uncover the new-found magic we can create with our age-old hits.”

‘Pushpa’ has helped me explore another side of me: Rashmika