‘Govt will be responsible for any untoward incident’ 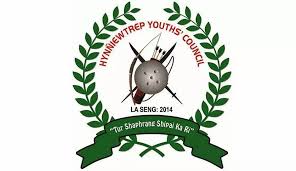 SHILLONG, Aug 5: Taking serious note of the presence of Jihadi groups in Assam, the Hynniewtrep Youth Council (HYC) has aired concern with regard to security of people in Meghalaya which shares its boundary with neighbouring Assam.
In this regard, the HYC has told the state government that if such groups cause harm to the people of the state, the MDA Government will be held responsible on account of the ‘failure’ of government to press the Centre to implement the inner line permit (ILP) system in the state.
In a statement, HYC general secretary Roy Kupar Synrem said the state shares about 800-km-long boundary with Assam and 443-km-long international border with Bangladesh, which becomes a cause of concern for the state’s security especially since Assam has now been dubbed to become a hotbed of jihadi activists.
Stating that several reports in the past few months have come to light about how Bangladeshi nationals are infiltrating Meghalaya using the porous borders, Synrem said that the group is unsure of whether the state government can keep a check on the movement of people, especially those coming from Assam, when there is no law to restrict or regulate movement of people into the state.
“In the absence of laws like the ILP and the Meghalaya Residents Safety & Security (Amendment) Bill, 2020, which we have been demanding all these years, we dread to think that locations in Meghalaya may also be used by these jihadis groups as their safe houses and carry on their activities putting the lives of the citizens of the state at great risks,” he said.
According to HYC, although a resolution for implementation of ILP in the state was passed since December 2019 and the MRSSA Bill, 2020, was adopted by the Assembly on March 19, 2020, the legislations seem to be indefinitely examined by the Union Home Ministry.
“Our state government is only making noises about how serious they are working for the protection of the citizens and the Hynniewtrep community in particular, but actions show otherwise. The demand for taking an all-party delegation or all 60 MLAs of the state to New Delhi is also being examined indefinitely by our Chief Minister and the state government,” he said.