One of the most popular poems by Wordsworth is ‘The Solitary Reaper’ about a highland girl reaping the harvest in a pasture in Scotland with a song on her lips. This is a familiar sight for a visitor to Shillong or Coorg.

Shillong is the 330th most populous city in India with 143,229 people according to the 2011 census. It is said that the rolling hills around the town reminded the British of Scotland. So did Coorg down south in Karnataka. They found the mist-laden pastures of Shillong and Coorg to be the closest to the paradise they knew back home and began referring to these two hill stations as the Scotland of the East. There are indeed many similarities between Shillong, Meghalaya’s capital, and Scotland. Shillong’s landscape is beautified with rolling, cloud-kissed hills bestowed with lush greenery. It is often difficult to tell Scotland from Shillong from photographs without any captions. One has to take a backseat in a car on the roads to Cherrapunji, Mawlynnong and the curvaceous Shillong Bypass and let the hair flutter in the breeze and draw in the hypnotic sub-Himalayan panorama. The glittering waterfalls along the roads and the lakes in and around Shillong – boating on Umiam or Ward’s Lake is otherworldly – have a stunning resemblance to those in Scotland. Then there are several places untouched by mass tourism where you can pitch a tent and connect with nature. Shillong and Scotland also have culture connect – the Scottish are as colourful as the Khasis and are proud of their 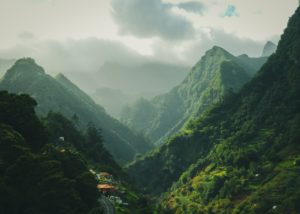 Located along the Western Ghats, Coorg is a coffee-producing hilly area well-known for its jaw-dropping scenery and opulence. This misty landscape nurtures a rich culture and a unique clan – the Kodavas who are specialised in martial arts and are widely known for their hospitality. Heavenly Coorg is ideal for lazing around or going on a challenging trek or indulging in an adventure at Abbey Falls or relishing the spicy curries and the heart-melting handmade truffles.

Coorg is also called Scotland of India because of its hills – Karkala, Savandurga and Nodda – lording over the coffee plantations. They are lush green mountains of foggy rolling hills with miles of walking trails. The climate is as cool as in Shillong, albeit a shade warmer than in Scotland. Madikeri or Mercara, the headquarters of Coorg is a beautiful hill town. The Chiklihole Reservoir is a wonderful place far from the madding crowd. The Dubare Elephant Camp will please wildlife enthusiasts as much as the Harangi Dam or Honnamana Kere Lake. Kotebetta is the third highest peak in Coorg. Mallalli Falls is one of the best places reminding at every moment of the beauty of the Scottish Highlands or Elephanta and Seven Sisters Falls in Meghalaya.

Coorg is the coffee cup of India and there is no doubt that the people there have Celtic roots, as their traditions and rituals reflect. They celebrate many festivals such as Makar Sankranti, Ugadi and Easter. The locals celebrate Christmas by lighting candles in their homes. The traditional dress of the Coorgis is similar to the Scottish kilt. Their attires have interesting patterns and designs. The cuisine of Coorg, like Shillong’s, has something in common with Scottish dishes made from pork and beef. Coorg is also home to some magnificent forts and palaces that date back to the medieval era. These structures are a testament to its rich history and culture. One of the most popular forts in Coorg is the Madikeri Fort. Mudduraja, the prominent Haleri king built this fort in the 17th century. It is made from granite and features several turrets and bastions. The British army rebuilt this imposing structure in the late 1800s, and it now serves as a hotel and museum. Other notable colonial bungalows include the Raj Bhavan (Governor’s House) and the Deva Raya Paana (Toddy Tapper’s House). The British built them between the 18th and 19th centuries.

Like Shillong, Coorg is known for its “perfect weather” in spite of the incessant rains. The temperature is mild and comfortable, and the weather is usually sunny with a few scattered showers. This makes Coorg a popular tourist destination like Shillong, especially during the summer months. Coorg and Shillong are also connected to Scotland through the celebration of music in its many forms. All are great hosts of music festivals. That’s astounding nature, as many would say. Just like Shillong and Coorg that find so many points of commonality, other places in India find resemblances with foreign destinations too. Some of them to find appropriate mentions would be Andaman and Nicobar Islands and Phi Phi Islands, Thailand, Gulmarg, Jammu and Kashmir and Switzerland, Gurudongmar Lake, Sikkim and Jökulsárlón Lake, Iceland, Thar Desert, Rajasthan and Sahara Desert, Africa and Chitrakote Falls, Chhattisgarh and Niagara Falls. There are many more, as travel enthusiasts would enlist them. However, it resounds that scenic beauty in India is infinite beginning with Shillong, itself.

Just like the Scottish hold immense pride in their culture, land and its people, similarly,  the Khasis of Shillong, and the Kodava’s of Coorg hold their culture and indigenous identities in high regard, worshipping their ancestors and preserving their folklores.

Julia London once said about Scotland: “There are few places in my life that I’ve found more ruggedly beautiful than the highlands of Scotland. The place is magical – it’s so far north, so remote that sometimes it feels like you’ve left this world and gone to another.” This holds true for Shillong and Coorg too.

(Ratan Bhattacharjee is a contributor at The Shillong Times)