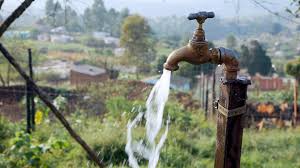 SHILLONG, Dec 1: There is finally some good news for Shillongites as the Meghalaya Government is set to get Rs 60 crore to complete the much-delayed Greater Shillong Water Supply Scheme (GSWSS) Phase III.
An official said today that “things are moving very fast” and the additional funds would be sanctioned shortly.
The state government had submitted a proposal to the North Eastern Council (NEC) through the Ministry of Development of North Eastern Region (DoNER) seeking Rs 60 crore to complete the project.
As per initial estimates, the PHE department required around Rs 75 crore to complete the long-pending project but later managed to bring down the estimate to Rs 60 crore.
The department is confident that it will be able to complete the project within a year after receiving the sanction from the NEC.
The official also informed that even the PWD has given the no objection certificate to the PHE department for laying distribution pipes in the city.
It is said that the department has already utilised more than Rs 150 crore on this project and more than 75 per cent of the work has been completed.
The GSWSS Phase III is expected to mitigate the present water woes being faced by the residents of Shillong.
The project was approved by the Union government at a cost of Rs 193.5 crore in October, 2008 and the government had targeted to complete the project by May, 2011.
The objective of this project was to create infrastructure to provide for the supply of additional 24 million litres of water to the projected population of Shillong Urban Agglomeration from 2011 to 2041.