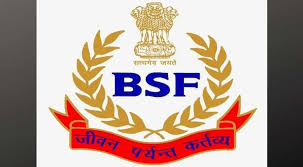 Gurugram: A Border Security Force (BSF) jawan deployed at the BSF campus at Bhondsi in Gurugram attempted suicide by hanging himself from a ceiling fan, the police said on Thursday.
According to the police, Sonu Kumar (38) belongs to Bhiwani district in Haryana. He was first rushed to the campus hospital and after first-aid, he was admitted to a private hospital in Gurugram where he is undergoing treatment.
Sources said that the constable was a habitual drinker and he was recently posted in the battalion against his wishes as he wanted to join the BSF’s Delhi office and due to this he took the extreme step on Wednesday.
The BSF has ordered an inquiry into the matter. A case in this regard has been registered at Bhondsi police station. (IANS)