Slain policeman to lie in honour at US Capitol Rotunda 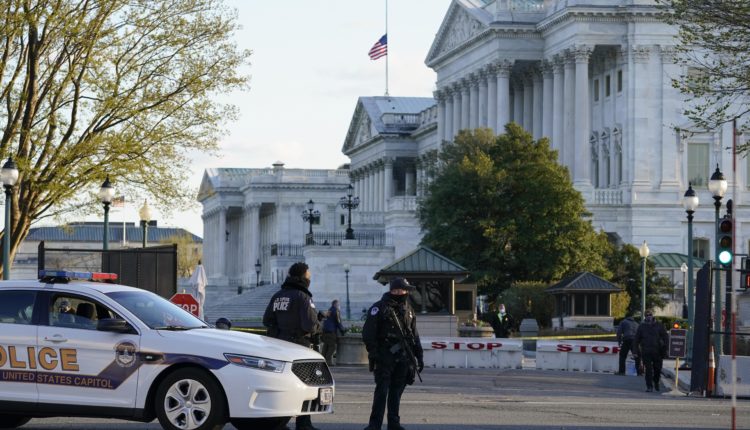 Washington, April 7 : William “Billy” Evans, the Capitol Police officer who was killed when a car rammed into him last week, will lie in honour at the US Capitol Rotunda, Congressional Democratic leaders announced.
Evans, an 18-year veteran, will be honoured on April 13 with a lying-in-honour ceremony and a viewing period for members of the Capitol Police and Congress, House Speaker Nancy Pelosi and Senate Majority Leader Chuck Schumer said in a joint statement on Tuesday.
“It is our hope that this tribute will be a comfort to the family of Officer Evans,” Pelosi and Schumer said.
“May this tribute also be a source of comfort and an expression of gratitude to the US Capitol Police Force.”
Evans was remembered as a man with a sense of humour who loved baseball and golf, and who most cherished his role in life as a dad, according to US media reports citing people close to the officer.
The other officer who was injured in the April 2 attack was discharged from hospital the following day.
The man who allegedly carried out the attack, 25-year-old Noah Green, was fatally shot by police and was believed by investigators to have been delusional and increasingly having suicidal thoughts.
He was a follower of the Nation of Islam sect, which has been denounced by mainstream Muslims and has no connections to the faith despite the sect’s name.
This was the second line-of-duty death in the Capitol Police this year.
Capitol Police officer, Brian D. Sicknick, died a day after the January 6 riot staged by supporters of former President Donald Trump.
Two other Capitol Police officers have died by suicide in the wake of the riot.
Barbed wire fencing has been set up around the Capitol complex since the riot.
Several thousands of the National Guard troops still remain in Washington, D.C. over security concerns.(IANS)