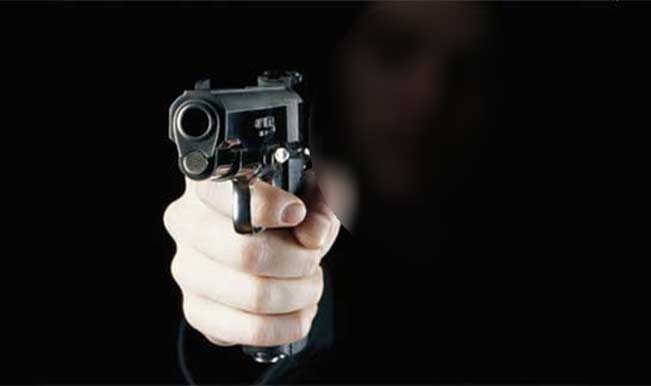 TURA, Sep 14: One unidentified man who opened fire on police from an automatic rifle was shot dead by commandos near Sherwood School, on the outskirts of Tura, on Tuesday night.
This is the first encounter of its kind in Tura since the end of militancy in Garo Hills.
“We had intelligence about some persons carrying arms and moving about. Based on specific info we put up naka checking when we came across a motorcycle rider who opened fire on my teams when asked to stop,” narrated West Garo Hills Superintendent of Police VS Rathore while speaking to The Shillong Times on Tuesday night.
Giving details, the SP said that a motorbike rider coming from the Garobadha-Damalgre side of the road into Tura turned in towards to enter Daldagre locality, near Sherwood School at around 7:30 pm.
A police team that had set up a naka checking a few meters ahead on the same road signaled him to stop but the man dropped his bike, took out an AK rifle from a bag and immediately opened fire.
The gunman was killed following a brief exchange of fire.
“We have seized the weapon and the body has been sent to Tura Civil Hospital for post mortem,” the SP said.
Police teams are still scouting the encounter site for more evidence and do not rule out involvement of other militants.
The identity of the gunman remains a mystery but police say he was somewhere in the age group of 25-35. Even the motorbike he was riding was without a number plate.
Police are not divulging any details about the identity of the group to which the gunman belonged but sources say he is a local with links to one of the militant outfits that previously operated in the region.
The manner in which such a powerful automatic rifle was being carried around by someone on a two-wheeler has come as a shock to many.
The quick reaction by Tura police is believed to have prevented a major incident from taking place in Garo Hills.