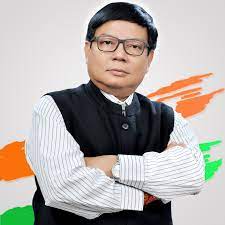 GUWAHATI, Sept 22: Opposition parties in Assam, including regional parties, have welcomed the state government’s overnight crackdown against land brokers but at the same time questioned the ruling dispensation over the alleged inaction against some influential middlemen.

“It is good that a crackdown has been launched against land brokers. However, the government should also take the key middlemen, some of who have links with the ruling dispensation, to task,” Congress Legislature Party (CLP) leader Debabrata Saikia reacted on Wednesday.

Assam Police had launched overnight (in the intervening night of Monday and Tuesday) raids across the state and picked up more than 500 land brokers for questioning.

The move comes a few days after the chief minister’s clarion call to free circle and land revenue offices from the influence of land brokers (locally called dalals).

Sibasagar MLA and Raijor Dal president Akhil Gogoi alleged that only small fries have been picked up in the name of the crackdown against those who are allegedly involved in illegal land broking activities in the state.

“But the bigger fish (prime accused in such illegal land deals) are still at large. So this apparently massive crackdown against land brokers is nothing but eyewash…a political drama,” he said.

In the same vein, Assam Jatiya Parishad president Lurinjyoti Gogoi said that “All land brokers, small and big, who have engaged in illegal land deals in the state, have to be arrested and not rolled out the red carpet or given tickets to contest the polls by the ruling party.”

“If the land brokers are at fault, those who use them are equally at fault…So all those who are convicted have to be punished,” he said, adding that all illegal encroachments, be it land in tribal belts, forest areas, etc, have to be cleared.

If I don’t win, someone else will become CM: Mamata