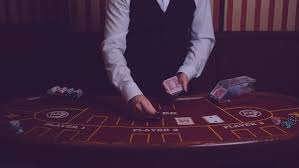 NONGPOH, Sep 22: The members of four pressure groups on Thursday staged a protest outside a building at Khanapara in Ri-Bhoi district which was allegedly allotted by the state government for a casino.
The protest by the Hynniewtrep A’chik National Movement, Meghalaya People’s Social Organisation, Meghalaya People United Front and Ri Bhoi Youth Organisation was also against the Meghalaya Gaming Act.
The protestors wanted to meet the building’s owner but as there was no response, they vented their ire by kicking the front gate.
During the protest, local MLA and Trinamool Congress leader George B Lyngdoh agreed to lend his support to the protesting organisations.
Talking to reporters, HANM president Pateng Myrsing expressed resentment against the government for “lying” to the people of the state. He referred to the issuance of three temporary licences by the government even after Chief Minister Conrad K Sangma’s assurance that no licence would be issued to operate casinos.
Myrsing said the protesting groups will keep fighting against casinos and the Gaming Act as the same will adversely affect the future of the youth and hurt the image of “Christian State” Meghalaya.
Lyngdoh said the Meghalaya Gaming Act consists of three points: legalization of casinos, online gambling and online betting in sports like cricket, football and others. He insisted these have to be opposed and that people will have to also speak up for the removal of the law altogether.
“The other guidelines of the law, such as the online gaming and the online betting, would bring huge loss to the youth of the state. Everyone possesses a smartphone and has the power in the hands to participate in online betting and gambling, which will lead to addiction. They will play at home and at educational institutions,” the Trinamool MLA said.
Reiterating its opposition to the gambling activities, the members of the Hynniewtrep Integrated Territorial Organization (HITO) on Thursday burned the effigies of the CM, Deputy CM Prestone Tynsong and other Cabinet Ministers at Byrnihat.
Prior to this action, the organisation took out a protest march from Umiam towards the office of the Traditional Chief of Raid Marwet at Baridua at 9 Mile but was stopped midway at Byrnihat by the magistrates of district administration and the police.
This led to a heated verbal argument and the protestors staged a sit-in on the middle of National Highway 6, causing traffic jam which was cleared by the police soon after.
The protestors, who were led by HITO president Donbok Dkhar, slammed the state government for hurting the sentiments of the citizens by allegedly intending to introduce the gambling activities.
Dkhar warned that the protest will be intensified if the government goes ahead with its move to introduce casinos and does not scrap the Gaming Act.
He said after “looting” the state by allegedly indulging in corruption and scams, the government is now trying to lure the public by stating that casinos will bring revenues to the state.
“Why is Conrad K Sangma not taking these casinos to Garo Hills instead of Khasi Hills?” Dkhar asked.
He said the government can instead bring in developmental projects and institutes for the benefit of the youth. He warned the government that the operation of casinos will harm the youth of the district and the state.