No water, no third party inspection, no tap connection but JJM project complete 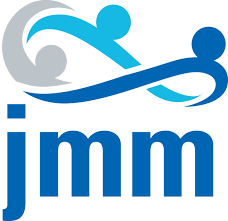 Rongjeng, Oct 25: The NDA government’s flagship programme, the Jal Jeevan Mission (JJM), seems to be unravelling rather quickly in the Garo Hills region with another project in the district of East Garo Hills (EGH) down in the dumps in the village of Imsamdrop near Rongjeng in the district.

Imsamdrop is a village of about 37 households and falls under the Rongjeng C&RD Block. It is about 15 kms from Rongjeng where the entire village is involved in the creation of bamboo stools. These stools are then sold to the rest of the state as well as outside.

As per the villagers, a project under JJM was sanctioned for the village for an amount of close to Rs 41 lakhs and was apparently completed by the contractor, identified as one Sahidur Rehman this year. However, since the apparent ‘completion’ not only have the villagers not seen a drop of water but many households (more than half) were without even a connection.

The villagers claimed that they were not only robbed of drinking water but the overseer of the PHE department tricked them to show the project’s completion.

“Our Village Water and Sanitation Committee (VWSC) president and secretary were asked to submit their stamps to the department by the overseer of PHE for some paperwork completion. However, after they submitted the stamps, the department used it without our consent to show the project as completed,” claimed the Sordar of the village.

The Sordar added that the trickery didn’t stop there as the signatures of the president and secretary were then forged. What is even more striking in the entire process is the lack of any third party inspectors coming to check on the project’s state as mandated under JJM for any project to be completed.

“We never saw anyone come to inspect the state of the project. The contractor, in conjunction with the department has cheated us and we have not even seen water come to any household in our village,” added the Sordar.

The Sordar added that the president of the VWSC is an educated man and would not sign with just his initials as has been shown in the completion report. Further the signatures for both the president and the secretary didn’t match.

Other residents asserted that there have been multiple complaints made by them to the PHE department requesting them to come to the village to check the project, most of which were verbal in nature. In fact, residents even approached the local MLA, Jim Sangma, who called the department’s engineer for a site visit.

“He promised over the phone to the MLA that he would pay a visit but till date has not been here. If they can ignore elected representatives this way, who are we,” asked one of the residents of the village.

The contractor in question, Sahidur Rehman, has close to 30 projects in the districts of NGH and EGH, all under JJM. However two of the projects that were visited were not only incomplete but provided no water. Other projects by the same contractor, most of which have been shown completed on paper will now need to come under investigation.

Earlier a visit to the village of Koknal Imong showed the contractor using PVC pipes for the water supply project under JJM despite the fact that the same pipes have not been used. Nothing, as per the villagers, had been done as per the DPR provided. Further in the same village no water has reached the villagers despite which the department has been reluctant to take action against those involved in such corrupt acts.

Upon inspection of the project in the village of Imsamdrop, it was found that supply lines (connecting multiple households) for water to the houses were only half-an-inch thick GI pipes while the line to the main tank, where literally one drop of water was coming into the tanks, was only 2.5 inches thick.

Villagers showed that the source of water, which is in plenty to the village, has not been used despite their insistence. The main tank that is supposed to supply water to the entire village has been set up in the middle of the hill, ensuring that some households were already excluded from receiving the benefits of the project.

The project, as per sources is gravity based one which means that the water supply would completely depend on flow of the water. Since water cannot flow uphill without pressure being put, many households living above the tank have not even been connected. The same was pointed out by the villagers who showed that many households were not even connected to receive water.

“We have no issue of sources as the spring in our village does not dry up. We have been diverting the same spring water to our fields for cultivation and there is enough of it. The contractor was reluctant to set up the tank or use the source that could have provided us with tap water. The tank now gets nothing. As the project has already been shown as complete, everything has been left as it is and water supply is as far as the moon for us,” informed another villager.

Angered at the apathy shown by the PHE department to the  village of Imsamdrop, activist, Tuesbrial Marak has sought an inquiry into the situation.

“This is absolutely criminal and the people behind it should be charged criminally for what they have done to the project. How can supply lines be only half-an-inch inch in width? The contractor as well as the people responsible for passing this project, need to be punished. They are making a mockery of a programme that aims to provide water to all,” stated Tuesbrial, who was also a part of the team that visited the village after complaints were received.

Upon being contacted on the matter, the PHE department of Rongjeng Block finally paid a visit to the village and promised to rectify the project. The contractor too reached the village along with workers, However, as per sources, they left immediately after inspecting the project and have not been seen since.

The latest failed JJM project in Garo Hills comes in the backdrop of the state being awarded for implementation of the scheme by the centre. The award is being shown by the present government as the seriousness with which such projects are being undertaken in the state.

While implementation may be the state’s strong point, success in the projects is definitely not. Unless those involved in such massive manipulations are taken to task, many such stories of JJM’s failure in the state can be expected in the coming days.