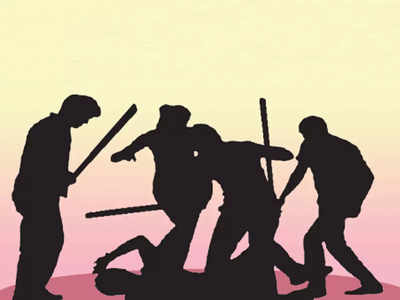 SHILLONG, Nov 26: Not too long ago, Shillong was bedecked with a sheen of glow but now a pall of gloom has descended on the city. The recent instances of violence have led to growing public disenchantment while the government, ministers, and the political class seem to have refrained from condoning the untoward incidents.
On October 28, several pedestrians and two-wheeler riders were randomly beaten up on the streets of Shillong as miscreants went on a rampage during a rally organised by the Federation of Khasi Jaintia Garo People (FKJGP).
The incident drew widespread condemnation from the public and even the FKJGP tendered an apology.
The ugly memories of this incident had not even faded when Shillongites had to witness more following the death of five citizens of Meghalaya’s Mukroh village in West Jaintia Hills during firing by Assam Police.

Following the killings, at least three vehicles were torched in the city while attempts were made to set ablaze some more.
Apart from cases of arson, miscreants even entered Shillong Civil Hospital and attacked cops. Some pedestrians were also roughed up, while a central officer, who was in Shillong for his training, was grievously injured after being brutally assaulted at IGP on Thursday.
Netizens have been vocal in expressing their indignation towards the violence reported in the city.
One of them voiced concern over the welfare of the general public who use the roads, telling groups to take care of them when rallies are conducted. “The organisation will protest but miscreants will turn up to create trouble, beat up the innocent and spoil the name of the organisation,” the netizen wrote.
The attack on Civil Hospital premises drew a barrage of criticism on social media. Words like “new low”, “shame”, and “condemn” were commonly seen throughout many posts.
Some of them said the rioters should be sent to borders instead of creating trouble in the city. A netizen tweeted: “Who is creating chaos in Shillong? Who is instigating this whole drama? Government needs to get to the root of the matter. In some localities, trouble mongers have even entered compounds of people. This is dangerous territory and complete insecurity. Government does not have a grip on things.”
After pressure groups burned effigies outside the Chief Minister’s official residence here, a social media user commented, “…burning effigies of political leaders is better than destroying the public transport and harassing innocent people who have nothing to do with the incident.”
While the internet is exploding with reactions from people, interestingly, the state machinery and political parties are quiet over the recent violence in the city.
Usually, Chief Minister Conrad Sangma is quick to tweet about almost everything that is happening in the state, but this time around he has remained mum.
Same is the case with Deputy Chief Minister Prestone Tynsong and Home Minister Lahkmen Rymbui as the ministers have so far refrained from commenting on the city violence.
The ministers have not even appealed to people for peace and tranquility in the state. Even political parties are quiet.