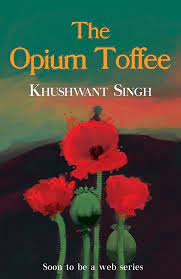 In a first-of-its-kind initiative, the Hoshiarpur Literary Society has collaborated with the Punjab Forest Department to plant saplings in their endeavour to eliminate the carbon footprint of Khushwant Singhs upcoming novel, The Opium Toffee.
Every publishing activity leads to the release of greenhouse gases, and the major contributors are carbon dioxide and methane.
The Forest Department carried out the plantation drive at its nursery in Muallanpur, near here. The department planted 1,500 saplings, including species like Shishma, Kanakchampa, Rajhain, Sukh Chain, Australian Kikar, and Kaindu.
According to author Singh, this noble idea came from a conversation with a friend from the organisation, Sustain to Survive.
“Once he made me aware and calculated the kind of CO2e (carbon dioxide and other gases) a book produces, I wanted to mitigate the carbon footprint of the novel and approached the Hoshiarpur Literary Society and the Forest Department to help me in taking this initiative.
“The Principal Chief Conservator of Forests was very receptive to this idea, and I am sure that the step that we have taken will find roots, and many such initiatives will follow. Steps like using recycled paper, energy-efficient printing methods and usage of less toxic printing ink are some of the immediate remedies that the publishing industry can adopt,” Singh said.
“Even though it’s challenging to arrive at an exact figure, rough estimates suggest that 15 trees over their lifecycle can offset one tonne of CO2e. Keeping in mind the various steps involved in writing and publishing, the mortality of plants in forest conditions etc., I figured that 1,500 trees would be a safe figure to plant,” he added.
The Opium Toffee will be formally released in February. It is a love story set in Punjab and London of the 1980s. It is a story that traverses through love, drugs, betrayal, politics and fanaticism and opens a window to that disturbing phase in India’s history.
Keroscene Films has already optioned The Opium Toffee for a cinematic experience. This is Singh’s third book to be optioned for a movie.
Omung Kumar is adopting his biographical work on veteran marathon runner Fauja Singh into a biopic. At the same time, his previous novel Maharaja in Denims is being adapted into a film by Guneet Monga, the producer of Lunch Box and Gangs of Wasseypur 2.
Singh has also authored The People’s Maharaja, the authorised biography of former Punjab Chief Minister Amarinder Singh.
“We are very proud of this initiative. The Hoshiarpur Literary Society has always taken the lead in bringing important narratives to the society,” said Sanna K Gupta, President of the Hoshiarpur Literary Society.
“Through this tree plantation drive, we plan to sensitise the writers and the publishing community about GHG emissions that the publishing industry creates. We will soon hold a seminar as well as write to all the stakeholders in the writing industry to consider the options to help build a carbon-neutral world,” Gupta added. (IANS)

Books with the India twist