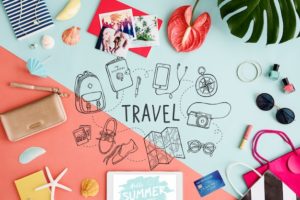 When I visited Laban, a neighbourhood in Shillong, the one place I wanted to see was the house where Swami Vivekananda, the monk, philosopher, author, chief disciple of  Ramakrishna Paramhansa  and founder of the Ramakrishna Mission Movement, had lived during his visit to Shillong in  1901.

The Swami had not been keeping too well when he set off on a pilgrimage to what is now Bangladesh. The trip was expected to improve his health but just the opposite happened, the Swami’s health  worsened. On hearing  this,  the then Chief Commissioner of Assam, Sir Henry Cotton, who had great reverence and appreciation for the Swami,  went to Guwahati to receive him, invited him to Shillong and arranged his stay at a house in Laban.  It was this house that I was keen on visiting. Unlike the four lane highway and the taxi service of today, Swamiji had to travel from Guwahati to Shillong on a horse driven cart belonging to the Guwahati-Shillong Tonga Service. His last public address was delivered at Shillong’s Quinton Hall, which houses the Ramakrishna Mission Vivekananda Cultural Centre today, making a visit to the Laban house, where he had It was bright and sunny, as I searched for the house. Laban is situated on a hilly terrain with several lanes and by-lanes. Climbing these steep avenues requires considerable effort and unused to such inclines, I had to stop often to recover my breath. After Swami had stayed here, the Laban house had gone on to become a major pilgrimage centre. Made with hay, it had an open veranda and had later been transformed into a traditional Assamese type house. Unfortunately, this house had not been reworked into a heritage building and the house as such actually does not exist.

All this while, I was negotiating some very steep lanes constantly staring into my smartphone studying the location suggested by Google Maps (a modern day necessity for navigation guidance). While the maps claimed it was close by, the spot where the house had once stood was nowhere to be seen! Forced to ask its whereabouts, I found to my surprise, everybody in the locality was knowledged about the house itself and were amply forthcoming about the location, soon enough directing me to a nondescript steel gate with barbed wire on top, leading to a longish passageway, properly bolted and secure. I hesitated to open what looked like somebody’s personal property and went to a nearby building to peek into a large compound only to see a tiny house shaped cement and concrete structure duly fenced. I could read the inscription which said: “Here lived Swami Vivekananda in 1901”. There was also the exhortation that Swami Vivekananda had popularised in the late  19th century – “Arise, awake and stop not till the goal is reached”. The structure looked sombre and solemn, laid out in a serene ambience. I was glad that I had taken the trouble to discover the spot where this Laban house had once stood. As of today, the Ramakrishna Movement carries out extensive educational and philanthropic activities all over the world. In Meghalaya itself, the Ramakrishna Mission Cultural Centre at Quinton Hall, the venue from where the Swami delivered his last address and the Ramakrishna Ashram at Sohra bear a reputation of delivering outstanding humanitarian work, testimony to the lasting impact made by Swami Vivekananda’s visit to Shillong.  The movement has a footprint in Bengaluru as well, its Ulsoor Math that undertakes activities in different areas of human need, social welfare, education, health and spiritual guidance in keeping with the motto enunciated by the revered founder.

Priyan R Naik is a columnist and a freelance journalist living in Bengaluru, India. His work appears in the Deccan Herald, Ceylon Today of Colombo, Hindustan Times, The Hindu, Hindu Business Line, Times of India, Navhind Times and the Daily Star of Dhaka.