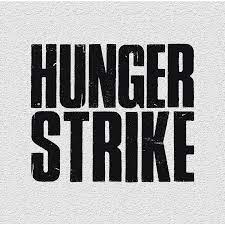 Chandigarh, Nov 24: Bharti Kisan Union (Ekta Sidhupur) chief Jagjit Singh Dallewal, who had been on a fast unto death to press for farmers’ demands, broke his hunger strike on Thursday after Punjab Agriculture Minister Kuldeep Singh Dhaliwal announced that consensus had been reached on various demands following marathon talks.
Dhaliwal offered juice to the fasting Dallewal at the protest site in Faridkot as he broke his hunger strike.
Later, Dallewal told reporters that the farmers’ protests, which had been going on in six regions of Punjab, would be lifted with immediate effect.
“We held a marathon meeting today (Thursday). It is a matter of happiness that we have reached a consensus,” the agriculture minister said.
Another meeting with the farmers’ delegation will be held in Chandigarh on December 16, he said.
While commenting on the demand for Chief Minister Bhagwant Mann’s apology over his remarks on the farmers’ protests, Dhaliwal said there was some miscommunication as the AAP government had always stood for their welfare.
However, he said “we express regret” if any of Mann’s words had hurt the farmers’ sentiments.
The farmers’ protest against the heavy fines on stubble burning and lower compensation for crop damage due to inclement weather and pest attack and land acquisition for national highway projects had entered its ninth day on Thursday.
Farmers’ leader Dallewal had also demanded an apology from Mann for his recent “paid protests” remark against the farmers.
Speaking on the issue of burning stubble, Dhaliwal said all cases registered against farmers would be taken back.
“Stubble issue is not to punish farmers but we have said we have to find a solution. Red entries in their records will also be taken back,” he said.
The minister added that the compensation for crop damage would be paid by December 31.
Dhaliwal also assured the farmers that he would look into their concerns over the Punjab Village Common Lands Act.
The farmers were also assured that they would be paid compensation for animals that died or were affected by lumpy skin disease.
The state government has issued a notification on the demands that have been accepted. The farmers were also told that the issues which remain would be issued.
The Bharatiya Kisan Union (Ekta Sidhupur) had been spearheading the protests in Amritsar, Mansa, Patiala, Faridkot and Bathinda.
The Faridkot district administration and senior police officers had made several efforts to persuade Dallewal to end his hunger strike. (PTI)

People light candles to express solidarity with the victims of Mukroh firing incident.