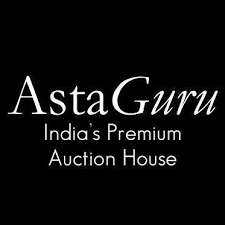 The second half of the nineteenth century was a remarkable period in the history of modern art. Beginning in the 1860s, the western world saw the emergence of several important movements that sought to challenge the hitherto accepted academic realism style of art that was primarily based on mythology and religion.
Marked by non-decipherable figures, abstractionism, and unique application of colour, these movements would continue to evolve and transform into different unique idioms that gave a new voice to modern painting. In its upcoming ‘International Iconic’ Auction, auction house AstaGuru will showcase a medley of works by revered and iconic global artists. The stunning lineup of the auction scheduled on November 28-29, 2022, represents some of the most important moments in modern art history.

Baigneuse Assise by Pierre
Auguste Renoir
Leading the auction line is lot no.8, a beautiful work by French Impressionist master Pierre Auguste-Renoir, who created an extraordinary artistic legacy with his fascinating canvases bearing sublime female nudes. Titled Baigneuse Assise or the Seated Bather, the circa 1915, oil on canvas creation depicts the sitter in profile with a softly defined figure against a warm abstract dominated by a brown and green background that almost blends with the contours of her figure. Her curled hair, pink naked flesh, and the nonchalance of her unassuming posture in this idyllic masterpiece are exemplary of the intimate study of his models undertaken by Renoir. With variations of a rich mould of colours and sporadic thick impasto, the surface of the canvas evokes a dreamlike, almost ethereal harmony. It will be offered with an estimate of Rs 4,34,50,000 – 5,53,00,000.

Dali Tarots
A collection of unique works, lot no. 2,3,4 by Salvador Dali will be showcased in AstaGuru’s upcoming international iconic auction. These works belong to a limited series of 78 custom decks of tarot cards known as Dali’s Universal Tarot which the artist started to work on during the early 1970s. First commissioned to him by Hollywood producer Albert Broccoli, the tarot deck was meant to be used as a prop in the James Bond film Live and Let Die. However, the deal fell through, supposedly due to Dali’s exorbitant monetary demands, the artist remained intrigued with the idea and continued to work on the cards. Each of the cards is estimated to be acquired at Rs 19,75,000 – 27,65,000.

BusteD’homme Et
Femme Nus by Picasso
The reinterpretation of the female nude is one of the greatest legacy in the oeuvre of Pablo Picasso. Picasso’s groundbreaking works on this subject not only questioned the long-standing conventions, but also introduced a disconcerting new way of looking that rejects the majority of the constraints that had hitherto characterised the feminine body. A work by him, lot.no.5 executed with coloured wax crayon on paper in 1969 is also a part of the auction. It was exhibited at RS Johnson International Gallery in 1971. This work is offered at an estimate of Rs 2,37,00,000 – 3,95,00,000. With 2023 being the year of Picasso’s 50th death anniversary, galleries and galleries and museums around the world are gearing up to celebrate him. Added to his monumental fame, this has heightened interest in his work.

Beautiful Hours Spin
Painting IX by Damien Hirst
Lot no. 14, a work by Damien Hirst titled Beautiful Hours Spin Painting IX, was originally unveiled as the cover for the album See the Light by British rock band The Hours. The impactful imagery rendered in a psychedelic colour composition with high-gloss paint embodies the central theme of life and death, which has been a preoccupation and inspirational subject for the artist. The elements in the work, such as the skull, and a clock in the eye socket, become a metaphor for the fleetingness of life. This work will be offered with an estimate of Rs 2,37,00,000 – 3,95,00,000.

Poinsettia by Andy Warhol
Lot no. 33 is a unique work titled Poinsettia by iconic artist Andy Warhol and marks a departure from his popular body of work focusing on the culture of consumerism. At the same time, it also gives an insight into his personal side and his approach to aestheticising the surrounding elements and subjects that intrigued him. Bearing Poinsettia flowers, often referred to as the unofficial flower of Christmas, this work is an ode to Warhol’s endearment to the theme of Christmas. Resembling the Star of Bethlehem, the ubiquitous flower traces its attachment to the Christmas holiday through a 16th-century Mexican fable about a poor girl who decorated the church altar with weeds that miraculously sprouted into flowers. Sharing this festive merriment with a large legion of his friends during the early 1980s, Warhol executed over 20 paintings in different sizes featuring Poinsettia. One of these, the presented work, was created in 1983 by Warhol and gifted to his friend Christopher Mako. It will be offered with an estimate of Rs 1,10,60,000 – 1,89, 60,000.

Love Sculpture by
Robert Indiana
Lot no. 30 is a rendition of famous Love Sculptures, by Robert Indiana. First executed as a painting in 1965 and being displayed at a solo exhibition at the Stable Gallery, it became a career-defining piece for the artist. Inspired by his Christian Science church upbringing, Indiana created hard-edged paintings stacking each letter on top of the other in an angular, slightly tilted manner. He went on to use the image for various other mediums including the iconic sculptures and stamps known around the world. The image was also selected to be the Museum of Modern Art’s Christmas card. In 1970, he created a 12-foot tall steel sculpture with the same word for the Indianapolis Museum of Art, followed by Ahava in Jerusalem and Amor in Spain. It will be offered with an estimate of Rs 3,16,00,000 – 4,74,00,000. (IANSlfe)