Shillong has been home to a multitude of churches since the British Raj. During Sunday masses, each of these Churches is at full capacity. The churches in Shillong are notable landmarks that represent the city’s socio-cultural and religious heritage.

In this episode of Shillong’s Iconic Structures, we will visit the Laban Presbyterian Church, which is reckoned to be 117 years old and is one of the city’s oldest known churches.

The Laban Presbyterian Church is located at the bustling heart of the neighbourhood of Laban and stands adjacent to the Laban Presbyterian Higher Secondary School.

In the scanty historical evidence available, the Church was believed to be built by Mrs. Hughes and Miss A. Thomas in 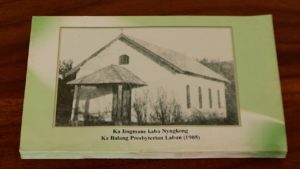 memory of Rev. J Thomas and delivered in custody to the Church at Laban, to be cared for as their own in the Mawlai District of the Shillong Presbytery on the 20th-23rd of October, 1911. In an article written by Rev. E. H. Williams, ‘The Treasury,’ it was mentioned: “The village of Laban is situated about a mile from the Mission House at Shillong, and many years ago, a pretty little chapel was erected here by Miss A.W. Thomas and her family, in 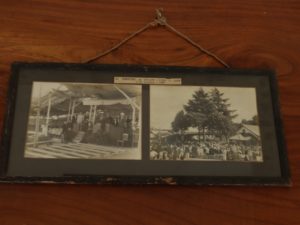 memory of her father, the late Revd. John Thomas of Catherine Street, Liverpool. The chapel was opened on the 23rd April, 1905. Since then the Church has grown to be a large and important one…” 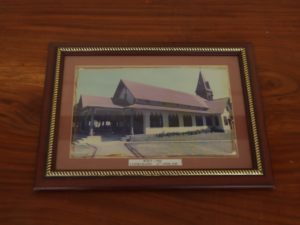 followers. The expansion took almost a century due to the lack of initial support from the members of the church as well as delays in funding for construction. Considering the ultimate enlargement, a subcommittee of the Church Elders was chosen. The expansion took place on February 1st, 1999. With the help and effort of every church member, the construction of the Church was finished 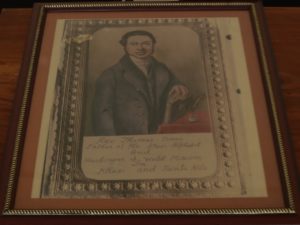 The exterior design of the Church bears a strong one with diverse trees and lush green lawns accompanied by flower beds.

The subtle beauty of the Church exterior is complemented by the striking impact of the Church interior succoured with russet wooden columns and laminated wooden arches. Church’s grace. The entire seating area is carpeted, and the ligneous pews are staunchly arranged. The Church’s most inviting attribute has to be the tall crimson ornamental steeple, topped with the cross. praise of the lord and such is the case with the Laban Presbyterian Church. Since its inception, the Church has been holding singing festivals, where the young members of the Church participate in gospels and instrumentals in the glory of the lord.

The Laban Presbyterian Church celebrated its 100 years of glory in the year 2005 and the Church continues to preserve its heritage irrespective of the ravages of time.