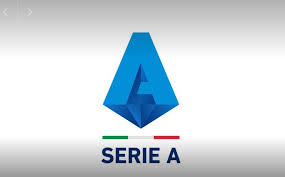 Milan, April 4: Inter Milan’s title hopes were given a boost as the league leader won and rivals AC Milan and Juventus both dropped points.
Romelu Lukaku set Inter on its way to a 1-0 win at Bologna at the end of a packed day of Serie A football that saw Milan held 1-1 at home by 10-man Sampdoria and Juventus draw 2-2 at Torino in the derby.
Inter moved eight points above second-place Milan which has also played a match more than its city rival. Atalanta moved into third, while Juventus slipped to fourth.
All 10 Serie A matches took place on the same day due to Easter Sunday. Inter had its last match posptoned due to a coronavirus outbreak but captain Samir Handanovic had recovered as had Stefan de Vrij.
Inter took the lead in the 32nd minute with its first real chance. Alessandro Bastoni whipped in a cross from the left and Lukaku’s header was brilliantly pushed onto the post by Bologna goalkeeper Nicola Ravaglia but the Inter forward tapped in the rebound.
Jens Petter Hauge salvaged a point for Milan three minutes from time and the Rossoneri almost snatched all three points but Franck Kessié’s effort came off the post. Fabio Quagliarella had scored in the 57th minute following a horrendous Milan error. The veteran forward intercepted Theo Hernández’s square pass and took one touch before lobbing the ball over Gianluigi Donnarumma from distance.
Milan struggled to carve out genuine scoring opportunities but the equalizer eventually came when Hauge controlled a pass from Kessié before curling into the bottom right corner.
Cristiano Ronaldo rescued a point for Juventus as the pressure grew on coach Andrea Pirlo.
The Bianconeri were without Leonardo Bonucci and Merih Demiral, who contracted the coronavirus on international duty. Weston McKennie, Paulo Dybala and Arthur Melo were also out of the squad after violating coronavirus restrictions with a party at the American midfielder’s house.
Federico Chiesa fired Juventus in front in the 13th minute following a one-two with Álvaro Morata.
However, Antonio Sanabria leveled in the 27th and completed the comeback 17 seconds after the break following defensive errors from Juventus.
Torino goalkeeper Salvatore Sirigu pulled off a number of saves but Ronaldo eventually headed in the equalizer 11 minutes from time.
The goal was initially disallowed for offside but awarded after a review by the video assistant referee. Juventus almost snatched a winner moments later but Sirigu managed to fingertip Rodrigo Bentancur’s strike onto the base of the upright. (AP)