They shoot to frame. And it makes them go wild with joy.

Meet Shillong-based businessman Sanjeev Singhania and the trio of medical professionals – Henry Nongrum, Rittwick Barman and Neelanjan Roy. They switch off from their chosen professions from time to time to go ‘hunting’ with an assortment of weapons comprising cameras, motor drives, converters, lenses, filters and tripods.

For Mr Singhania, 2013 was a defining year. His love for wildlife, particularly, birds, led him to wildlife photography. “Birds are very melodic and waking up to their chirping every day makes me feel refreshed,” he said. An ENT specialist at Nazareth Hospital, Dr Nongrum was bitten by the photography bug during a 2014 trip to Kashmir with Dr Barman. His clicking journey started with photographing birds and the Kashmir landscape on that tour.

Dr Roy has been working with the World Health Organisation as the surveillance medical officer on the National Polio Surveillance Project since 2000. A decade ago, he noticed the birds and smaller animals while travelling through the rural areas of Meghalaya. It rekindled his interest in photography.

They have gone on solo tours as well as collaborated to capture the wildlife in the Northeast.

The Call of the Wild

The faunal diversity in the Northeast – the region has more national parks and wildlife sanctuaries than other parts of India – fuelled the quartet’s passion for photography. Dr Nongrum, for one, has documented the Himalayan birds.

He mentioned how a variety of felines such as the clouded leopard, snow leopard, marbled cat, golden cat and Pallas’ cat are found, contributing to this diversity. Out of these cats, he has captured the elusive snow leopard in frame.

“The region is so rich that new species of fishes, frogs and insects keep getting recorded,” Dr Roy told Sunday Shillong.

Each trip for these amateur photographers has been as memorable and as adventurous as the previous one. Dr Barman recalled an experience at the Eaglenest Wildlife Sanctuary in Arunachal Pradesh. “We could hear elephants very close by the tent at night,” he said. A satisfying trip for Mr Singhania was the photoshoot of rare water birds at Gajoldoba along a 7 km stretch of the Teesta River in West Bengal. Dr Nongrum found his February 2015 tour of the Mishmi Hills exhilarating. Dr Barman had accompanied him on that tour led by a Mumbai-based wildlife photographer. It was his first birding-specific tour that entailed his longest drive from Shillong to southern Arunachal Pradesh via Tinsukia.

Dr Roy found a trip to Arunachal Pradesh’s Anjaw district fascinating “in terms of the variety of birds and terrific scenery”. Medicine is Dr Nongrum’s priority and wildlife photography is a great stress reliever. “I plan two to three trips a year, each for one to two weeks. It also requires proper planning so that time is not wasted,” he said. Occasionally, he visits nearby places for photographing birds.

Balancing both the worlds is tough, admits Dr Roy while Mr Singhania plans short breaks. It’s the passion that makes them carve some time out of their busy schedules. “If there’s a will, there’s a way,” Dr Barman said.

While solo photoshoot has its own charm, shooting together accentuates the thrill. There are online and offline groups for wildlife photographers or enthusiasts.

“It is always good to travel with like-minded people who share your passion for wildlife and photography,” Dr Barman said, adding that he prefers a small group. He has been a member of the Photography Club of Assam for the last seven years.

A solo shoot, though, gives them more time and independence to plan. Group photography, on the other hand, can be a wonderful learning experience. Challenges of the Region

What motivates them to go places is their love for nature. There are challenges of logistics, particularly in green spaces not so well known as Kaziranga and Manas national parks in Assam and Eaglenest and Namdapha national parks in Arunachal Pradesh.

“Some places are more organised and attract photographers. With the exception of a few sanctuaries and parks in the region, most are difficult to photograph. They are raw, largely unexplored and not well-planned,” Dr Nongrum said.

Another challenge is that of tour guides or operators. Dr Roy said very few organised tour operators work in the region. Bookings are a hassle because of this. In many cases, photographers have to book months in advance of a particular season. 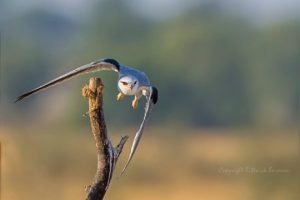 Dr Nongrum felt the lack of well-trained guides during his expeditions to the Jaintia Hills and a few villages in Meghalaya. “People practically have no idea about animal behaviour or species. Getting good shots of birds and smaller animals is also a challenge because of the dense foliage,” he said.

Incessant rainfall can be a dampener too, Mr Singhania said. “Trekking can be exhausting but it is an integral part of wildlife photography and adds to the thrill,” he said.

Dr Roy’s photographs have been featured in a few exhibitions. He has won an award in a competition organised by the North Eastern Council.

Dr Nongrum has won a few awards for his photographs in competitions organised in the state. His work is yet to be featured in magazines.

Mr Singhania is looking forward to travelling more and conducting workshops. Dr Barman penchant for exploring is expected to take him places while Dr Roy has decided to keep his outdoor activities to a minimum given the global pandemic.

Dr Nongrum plans to shoot the most elusive animals and birds, in particular, the threatened species. 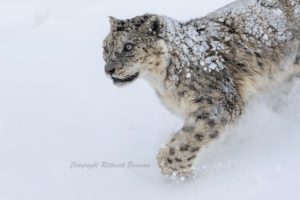