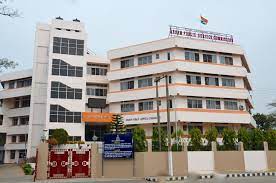 Guwahati, May 20: The Assam government has constituted a one-man inquiry commission, headed by a retired Judge of Gauhati High Court, to probe into allegations of anomalies and malpractices in the conduct of the combined competitive examination (CCE), 2014 by Assam Public Service Commission (APSC).

The commission, headed by Justice (retired) Biplab Kumar Sharma, will submit its report within six months.

“The commission will inquire into the entire process of selection of the candidates and role of the chairman and other members of APSC, including the staff and candidates, and to fix the responsibility/fault/malpractice, if any, accordingly,” an official statement said here on Friday.

Besides, the commission will inquire into the modalities adopted by the APSC for moderation of questions set for CCE, 2014, whether clear distinction and demarcation was there between the question setters and moderators.