When I visited Sohra then Cherrapunjee in the early 1980’s, the town had made a name for itself for its record rainfall. Its reputation as the ‘wettest place in the world’ was rock solid and no-one even mentioned Mawsynram. I had come here to visit my customer Mawmluh-cherra Cements, who used L&T – Poclain hydraulic excavators in their limestone mines. My visit was intended to meet mining officials, inspect the excavators, plan the upkeep of the machines through service contracts and spare parts stocks so as to maximise machine up-time.

Only two kilometres from Sohra, the cement factory, the limestone mines and the Mawmluh Cement colony guest house, where I stayed the night (it rained incessantly  right through the night), were all in close proximity to each other. East Khasi Hills provided a picturesque backdrop to the production of 600 Metric tonnes of cement per day. I have fond recollections of Sohra of those days, a tiny and sparsely populated town with ceaseless rainfall, and distinctly remember tiny, smiling  nursery school children draped in colourful raincoats, holding mini umbrellas, cheerfully boarding their school bus amidst the constant pitter-patter of raindrops. My machine inspection, visit to the mines and the subsequent meetings were all completed in pouring rain.

Only 40 years later, when I visited Sohra, everything looked lots different. The place seemed to have metamorphosed into a big town, and to my amazement, it was not even raining on the day of my visit and dust was flying all over.  There were two- three storied buildings and holiday homes, and of course the number of hotels and restaurants seemed to be springing out of every nook and corner. Despite all the rainfall it receives, I was distressed to hear the town had started experiencing water shortage in recent years and residents had to trek long distances, to harvest and store rainwater, while some even purchase water from water tankers. The progress of civilization was manifest in whichever direction one chose to look! 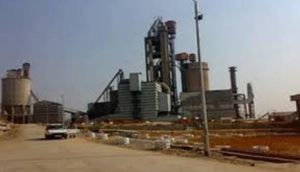 I was naturally keen on visiting the Mawmluh-Cherra Cement plant once again. Alas, the plant was not functional and seemed to be on perpetual life support needing investment from the government, requiring it to either find a private partner for it to become profitable or shut itself down. Even now, after all these years, government funds were required to pay salaries or to procure coal to run the plant. The local labour naturally opposed privatisation, had regular sit-in demonstrations  wanting the cement plant operational, demanding the payment of regular salaries and arrears and implementation of ‘golden handshake’ schemes. Three companies, including JK Cements had responded to the state government’s expression of interest (EoI) and all one could do now was pray for a positive outcome.

However, Sohra seemed as cheerful as before. Despite its cement plant being in dire straits and losing the ‘wettest place in the world’ tag, its tourism industry seemed to be thriving. Jobs in hotels and restaurants appeared plentiful with home stays and holiday homes showing near-full occupancy. Tourists were thronging to Sohra to witness the locality’s spectacular waterfalls (Back in the 1980’s, nobody told me about the spectacular ‘NohKaLikai’ or the ‘Seven Sisters’ Waterfalls) or to trek in the lush, untouched, forested river valleys.

While Bengaluru’s own quantum of rainfall pales in comparison to Sohra’s rainfall accomplishment, talking of the scarcity of potable water, it is the same sorry tale in both places. As a direct consequence of urbanisation, most areas in Bengaluru have lost the capability to absorb rainwater causing depletion of natural sources of water making lakes to dry up. Citizens struggle for piped water, requiring hordes of privately-run tankers to pull water from wells inside and outside the city and deliver it to their homes.

The writer is a Bengaluru based contributor to The Shillong Times .