NHM on job to rationalize salary of staff 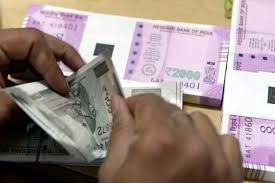 SHILLONG, April 4: Service delivery employees of the National Health Mission, Meghalaya, are set to have their salaries rationalized. Currently under NHM, employees with similar qualifications and years of service are drawing different amounts of remuneration.
Explaining the pay disparity, Mission Director Ram Kumar S attributed it to the merger and dissolution of various vertical programmes and societies under the Health sector since 2016.
He said under the rationalization process, NHM aims to correct the disparities in remuneration of all staff by categorizing the employees under 15 categories with respective basic pay.
He said that staff under each category will receive 5% yearly increment against the years of service under NHM.
The rationalisation process was notified on February 27 and the exercise will be completed by the end of June.Views, comments and recommendations have been sought from all concerned staff via Google form.
“As on April 4, a total of 543 responses have been received and are currently being examined in order to ensure accurate formulation and smooth transition into the new pay structure. Once the final draft is ready within the permitted resource envelope approved by the Ministry of Health & Family Welfare, the matter will be taken up with the governing body of the Meghalaya Health Society for approval,” he said.
Similar issue had existed in the programme management unit of NHM which consists of 384 staff and the exercise of rationalization was completed and approved in September 2021.
Under service delivery, the NHM has 1,984 staff. Due to the third wave of COVID-19 and other exigencies, the exercise of rationalization for service delivery staff was delayed, the Director said.
“We hope that the exercise of rationalization will bear fruit and ensure all cadres of staff are provided equal emoluments accordingly at par with their counterparts,” he added.